A new procedurally generated map is created at the beginning of the quest and each time the character advances to the lower/further level of the quest complex. Your character's current location is represented on the dungeon map as a gold marker. All previously visited locations will be displayed on the map. 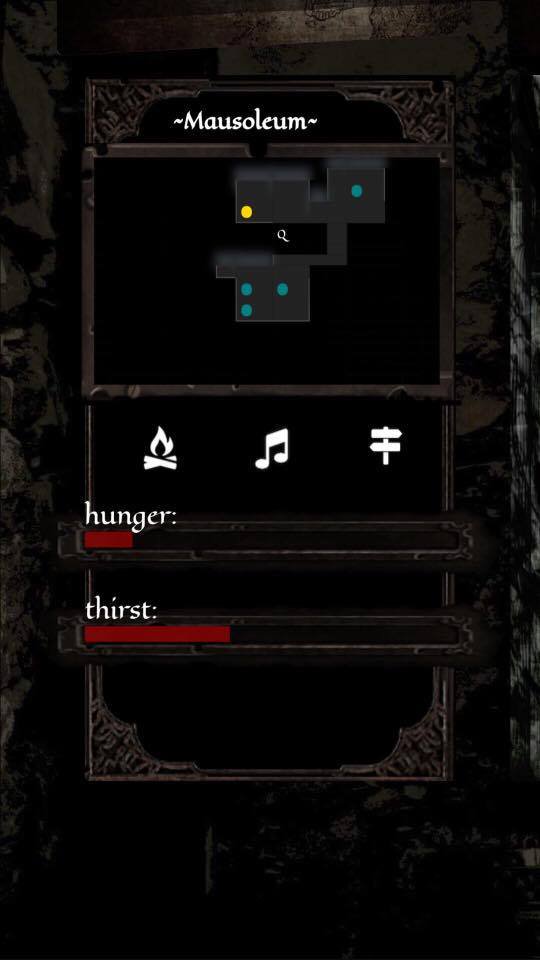 You will not be able to see any undiscovered locations on the dungeon map, unless through special skills or under the effect of specific spells, you can, however, deduct the existence of neighbouring locations marked by the lack of hard border on the map tiles.

Events and Quests will have their own markers, some which may be visible on an uncovered map area to indicate that the character has been provided with directions to their location.

Map will be automatically refreshed each turn as your character explores the game area. Depending on your choice of Quests - available map area may vary in size.

Currently in Alpha we have 3 storyline quests, which levels are generated on the grid of 16x16, 24x24 and 32x32 tiles. One quest can contain many dungeon levels and their exits will also appear on the map as gold markers.