Ethernalis is set in a dark fantasy world in which many encounters will reveal a whole spectrum of beasts and monsters. Each of the Enemy cards is provided with unique set of attributes to challenge your characters battle prowess. 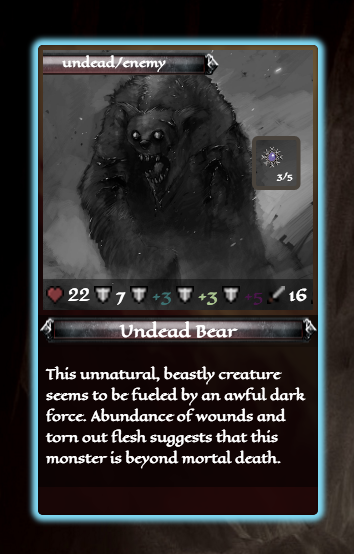 Particular enemies can favour certain locations, and will be available only on specific quests and in map regions.

Defeating an enemy will result in an experience boost relevant to the threat presented by the creatures attributes and skills.

Most foes encountered in the Game will present a challenge and require players to adjust their tactic in order to survive. Some enemies can also drop relevant equipment and even gold.

Enemies that have ability to use ranged attack will likely do so immediately after the hero enters their location.