In Ethernalis, player adopts a character and embarks upon adventure to fight for it's survival in an unforgiving, dark & hostile world.

Every character that manages to complete their initial quest lands in your library (with all it's equipment, experience, skills and everything that makes it unique) ready to battle against other Heros in Multiplier Mode or take up further adventures.

Players begin their adventure by choosing one of three characters that have been made available for them by the game engine. Each of the three cards will be procedurally generated for the player and will fall into a particular Character Class. Each Character Class comes with unique features and abilities. Mana and Health regeneration, Hunger and Thirst are only some of the properties affected by the class choice.

Below list describes all characters currently available in the Alpha release and shows up to date stats for each character class. 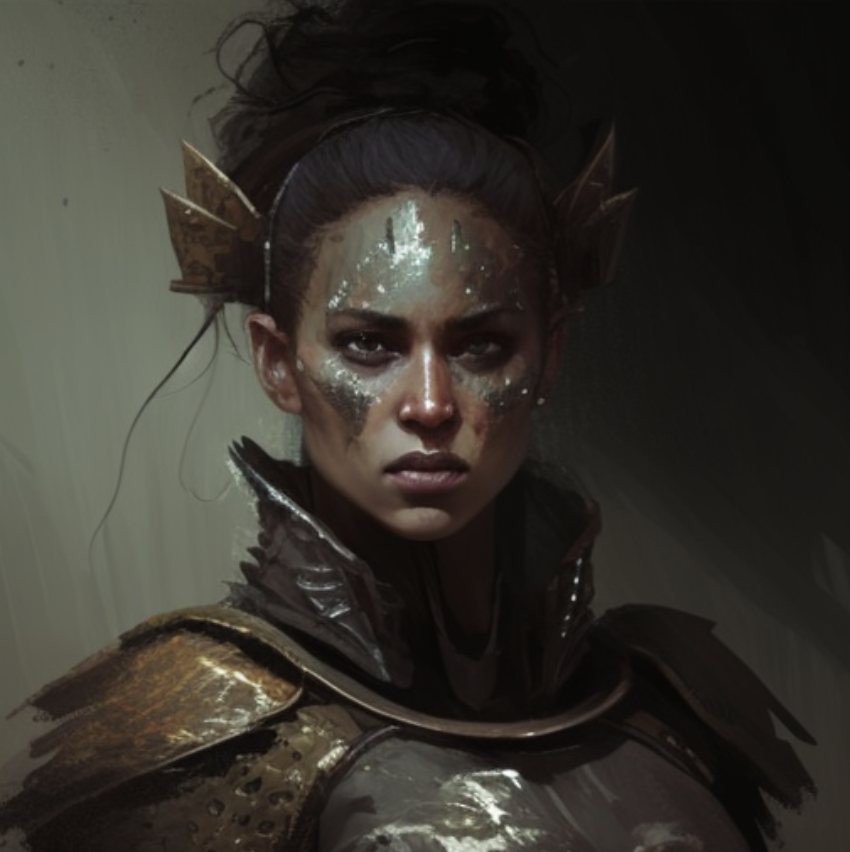 Class Description: Huntress uses her unique set of skills to hunt unnoticed. She is skilled in ranged combat

“
Storyline Intro
You were born a magnificent hunter. The forests of the North provided abundant play and to tell the truth, it was all your heart ever knew. With these troubling times you found a new prey. One that cannot satisfy hunger but sometimes carry a ring or a silver coin from their former life. With news of the undead rising in the North your lord has sent you to aid the imperial campaign to stop whoever might be responsible. The journey has led you... 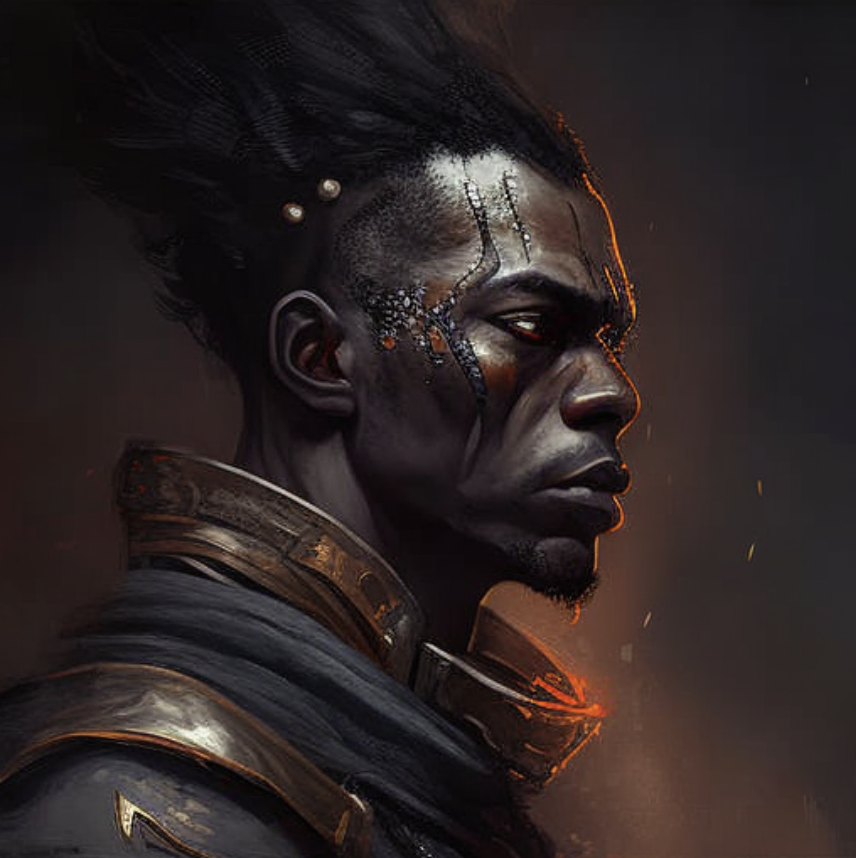 Class Description: Necromancers are amongst few, who have the necessary know-how to survive in these depths... If that is how you want to call their condition.

“
Storyline Intro
It came to your attention that the imperial forces gathered their ranks up north. The spirits led you safely between their patrols and made your way easy. From their faint word you gather that something or someone in possession of tremendous power has began to awake the ancient undergrounds. You have decided to get there before the clerics will. Traveling by night you have made your way... 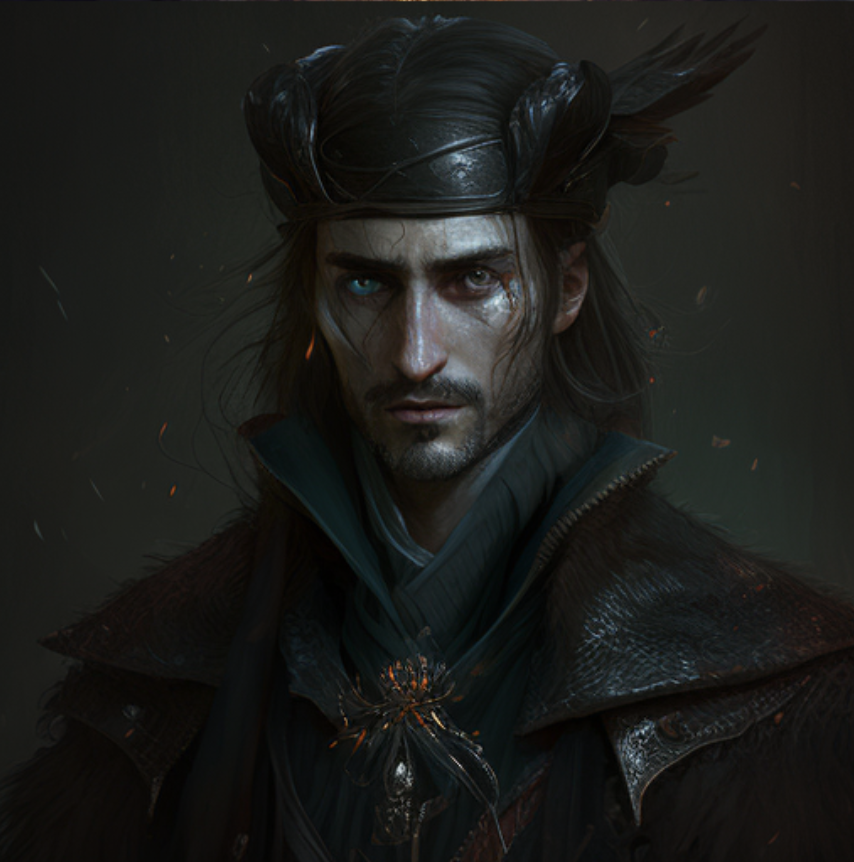 “
Storyline Intro
Born in the independent northern kingdoms you have set out to explore the Imperial soil of which many stories have caught your ear. Promise of it's ancient treasures and ever present runica have fuelled your passion on the journey through the Borduarhe Mountains. Your month long journey has led you... 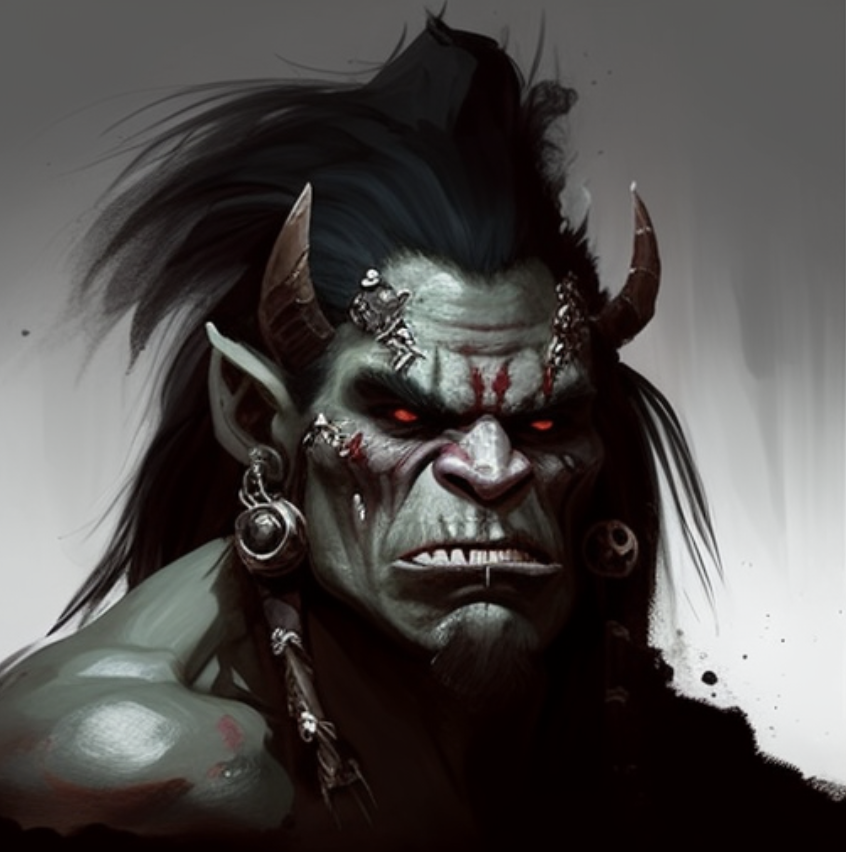 Class Description: Orcs are known for their ferocity and brute strength. Savage warriors, feared and respected across the land.

“
Storyline Intro
You were born into the violent and unforgiving life in the Ukhar-Dherro - the first Orcish Garrison and the capitol of their Kingdom of Roggos. Finding a challenge became an obsession which has led you to pursue an unknown source of great power that you were told would lie buried deep in the Northern earth. Here and now, you can hardly believe that few words of the oracle have sent you on a year long journey... 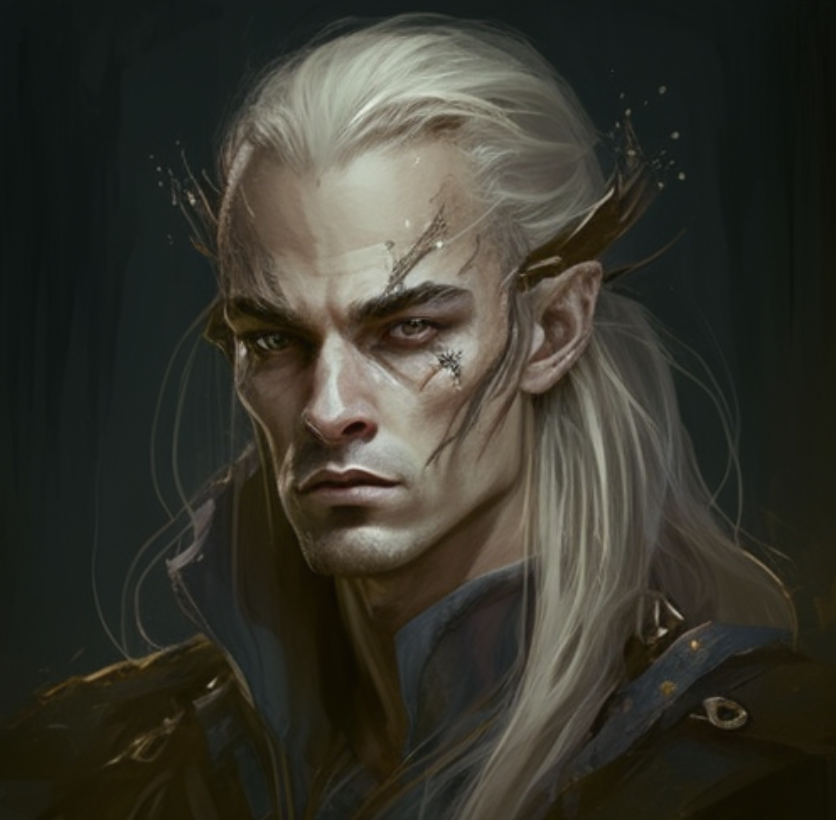 Class Description: Elven hunters use their innate abilities and oneness with nature to excel in the wild reaches of the Old World.

“
Storyline Intro
You have responded to call of the elders, whom have sent you on a sacred mission. The Northern forest cries and reeks of despair as the spirits of nature abandon this area. You are to stop whatever awakened there and you can feel an unknown presence as you have reached... 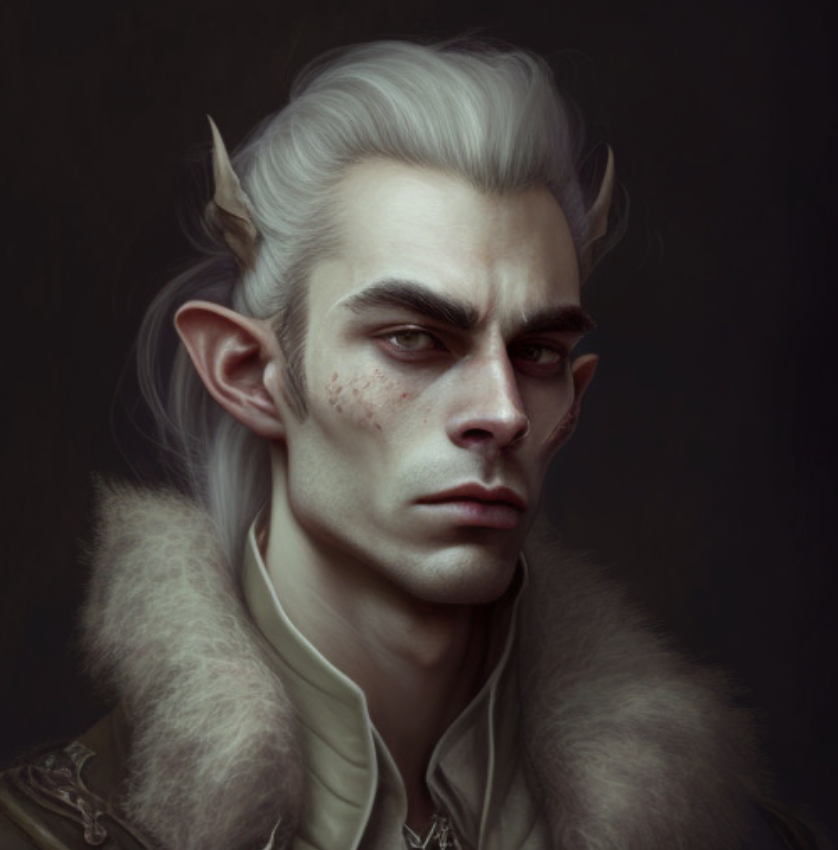 Class Description: These agile, lightly armoured warriors make the best assassins in the Old World. Cunning warriors of Assiana are subjects of legends and urban myths.

“
Storyline Intro
Grave digging was not always what you had in mind for yourself and the future. But the idea itself landed with you pretty early when you have heard of hundreds of Imperial soldiers being sent out North. You knew that should you follow them the loot would make it worth your while. During a foggy night you have lost sight of them and the tracks has led you.. 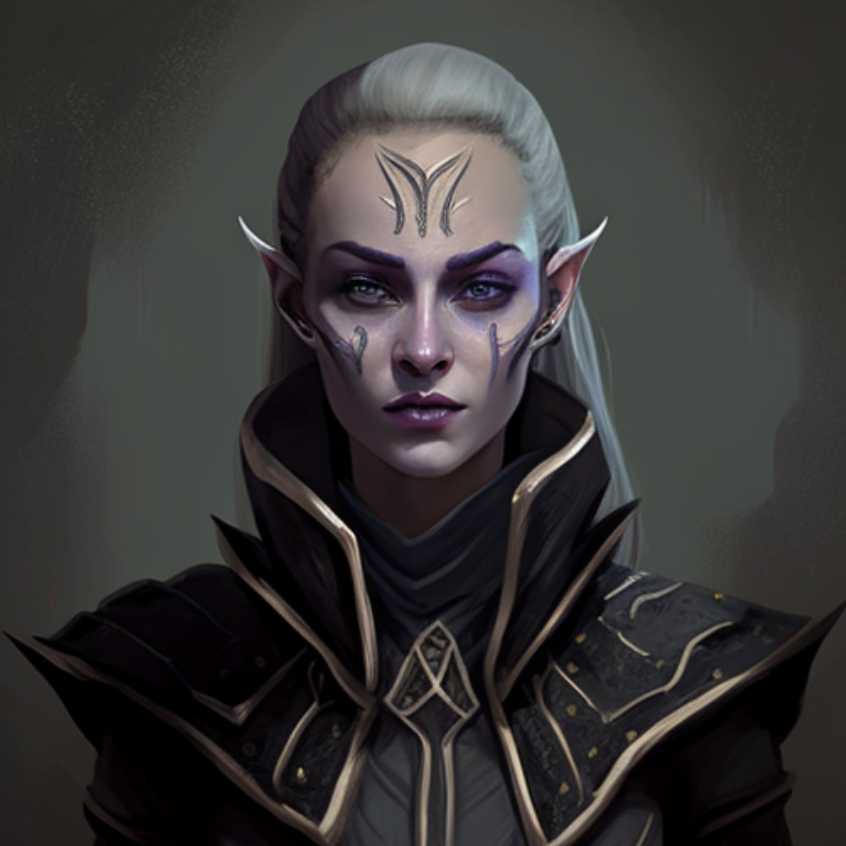 Class Description: Necromancers are amongst few, who have the necessary know-how to survive in these depths... If that's how you want to call their condition.

“
Storyline Intro
The force has been calling to you from the moment you set your eyes on this realm. Your life fascination has set you on a course to the source of supreme power that was said to awake in the Old World. Following this call, with mana on your side, you have travelled... 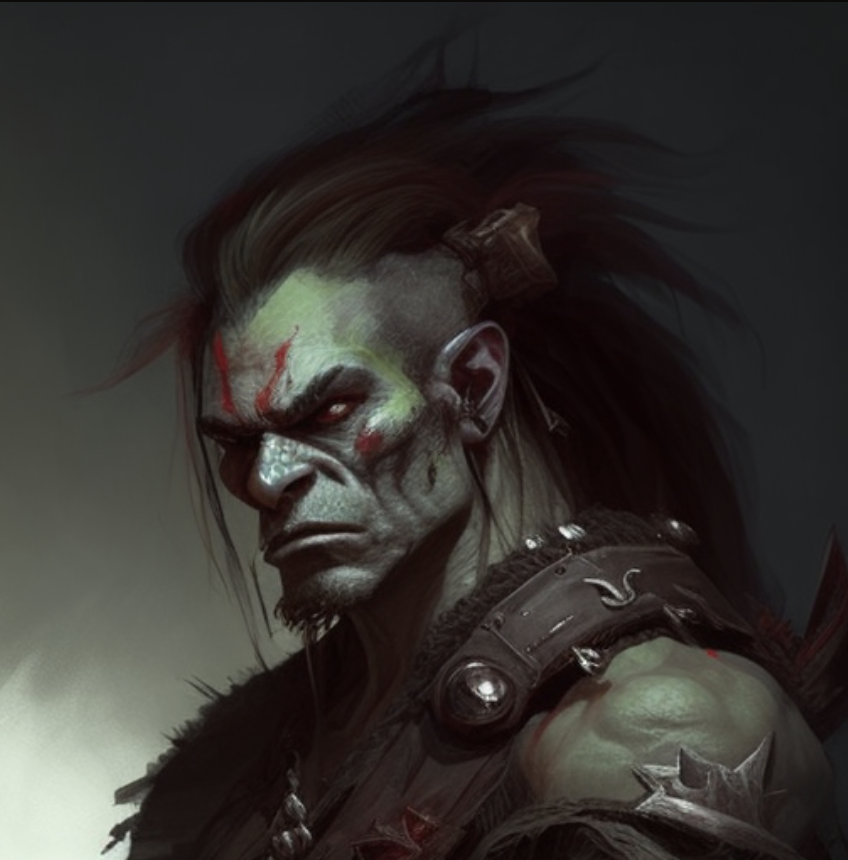 Class Description: Orcs are known for their brute strength. These Warriors of Roggos are feared and respected across the globe.

“
Storyline Intro
You have joined a caravan north, tempted with finest wine and silver coins. Life on the road was simple and journey provided many opportunities for your axe. After the caravan you found a road... 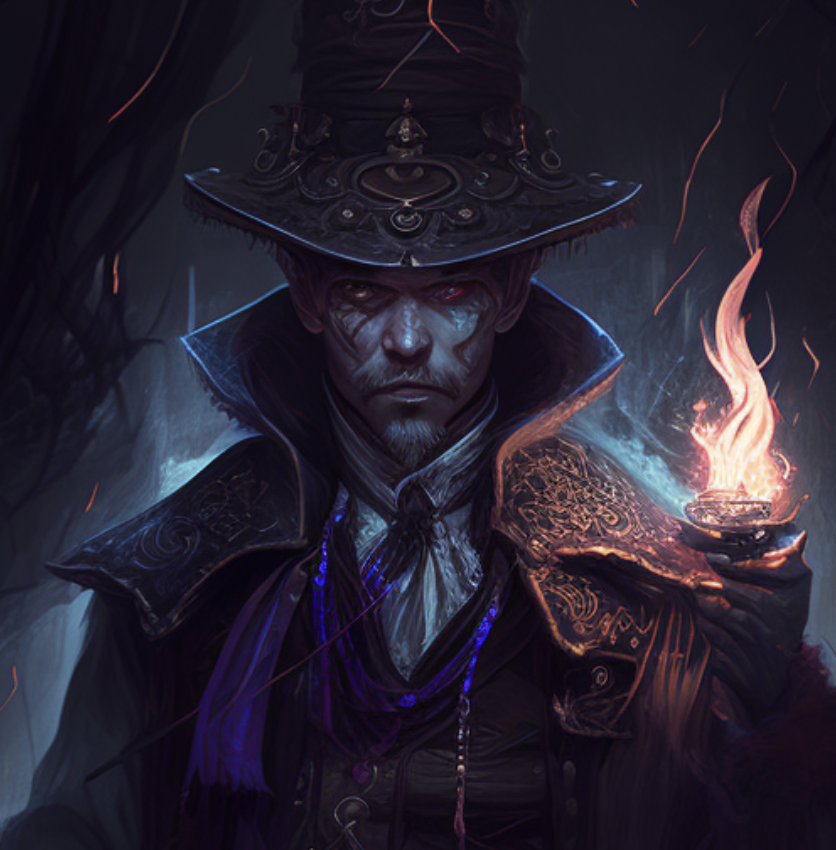 Class Description: Paladins are the honourable warriors sworn to serve their gods with their life.

“
Storyline Intro
At the call of Imperial Admiral Atros you have been sent to destroy and annihilate the evil force that has awaken in the Mountains fo the North. With little delay you have set out on a long journey that has led you... 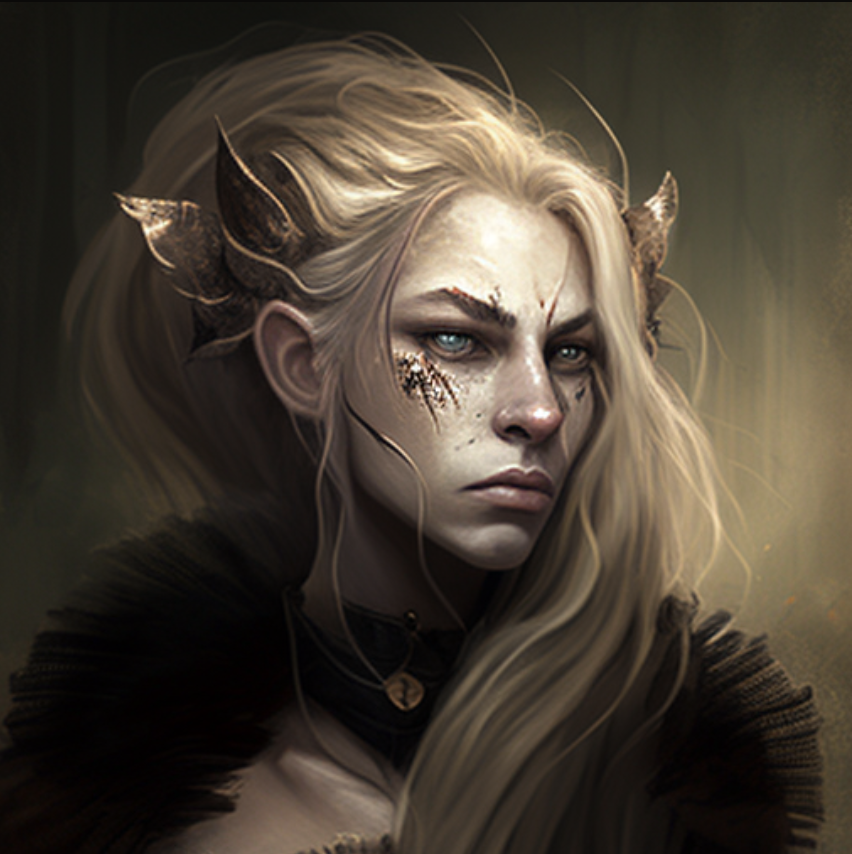 Class Description: Brought up in poverty of overcrowded Assiana provinces, many Heffith are tempted by their natural gift of dexterity to join the ranks of southern Outlaws.

“
Storyline Intro
Growing up in the poverty of Assianna streets you have learnt many lessons and acquired skills that are not common to come across. It is through the use of those special skills that you became a new owner of a treasure map that has led you 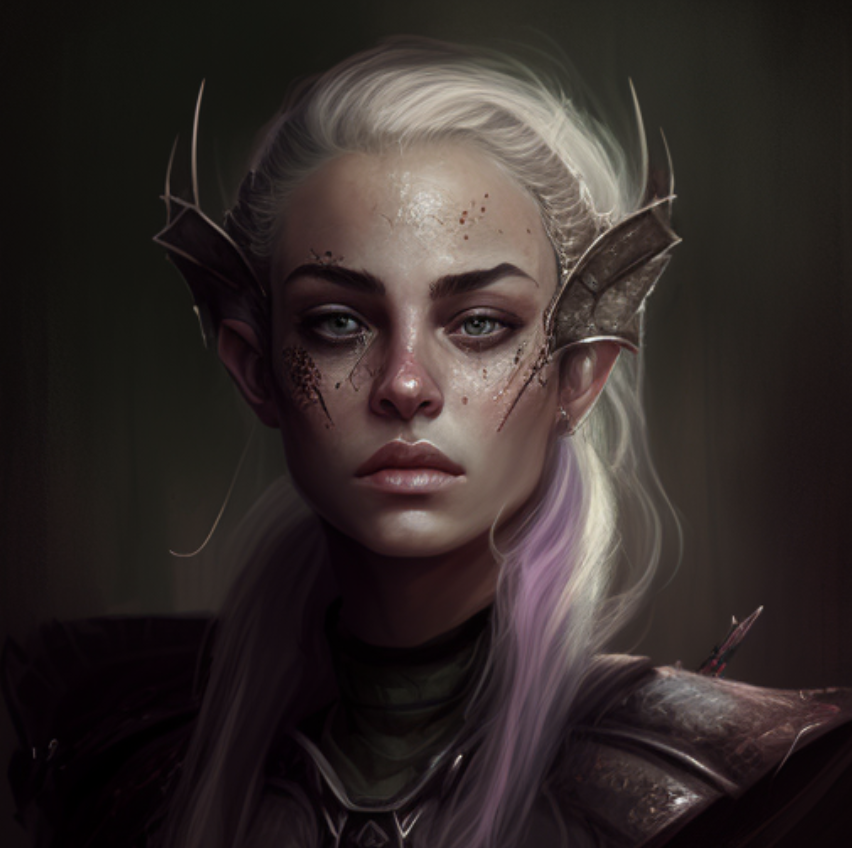 “
Storyline Intro
You have extended your service voluntarily after an Excellent Imperial record of 80 years has come to an end. The news of the undead rising in the North is spreading widely across the Empire, you knew in your heart that you were the one to restore the peace. You have travelled... 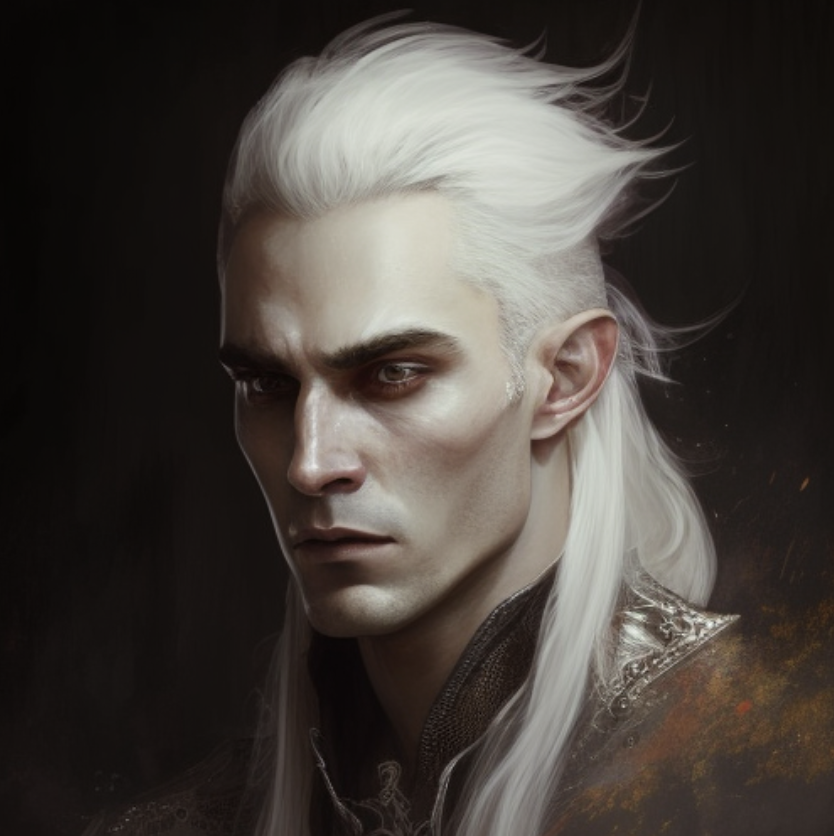 Class Description: Shamans of Thedom are outcasts of drow society. Dealing with free roaming magic force is frowned upon by their kind and the Empire hangs them like Eteis decorations.

“
Storyline Intro
Days stretched to weeks and weeks to months as you were getting closer to finding some answers to your visions. Your dreams shown you source of immense power being awaken in the North. Following them you have travelled... 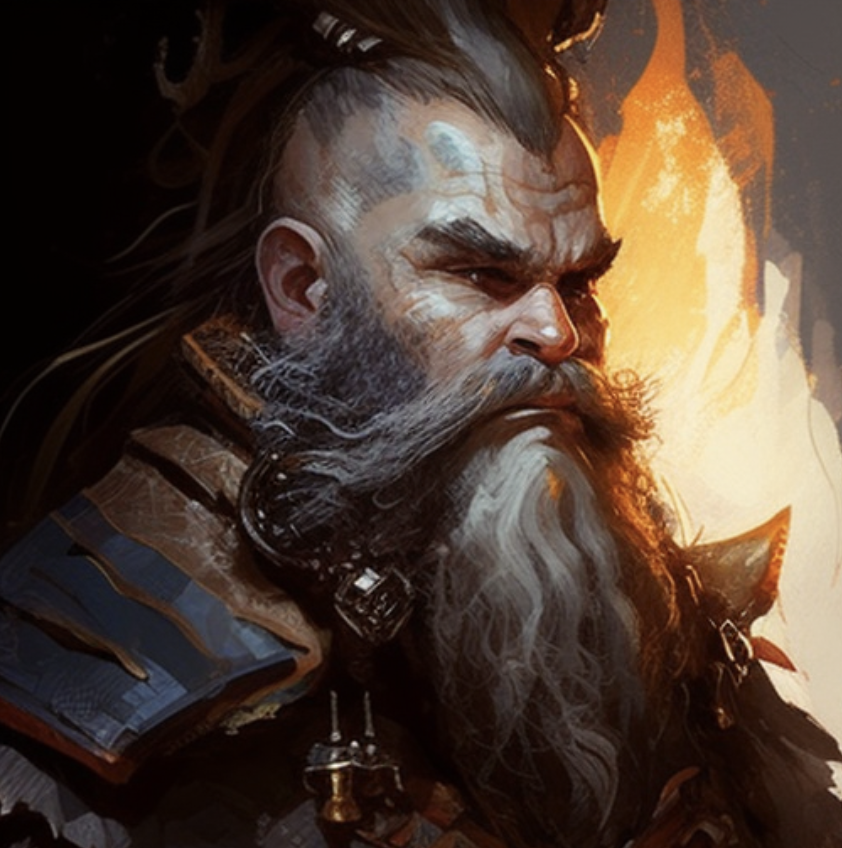 Class Description: Dwarven hunters of the Borduarhe are known for their unmatched wisdom, skill and pursuit of large prey... 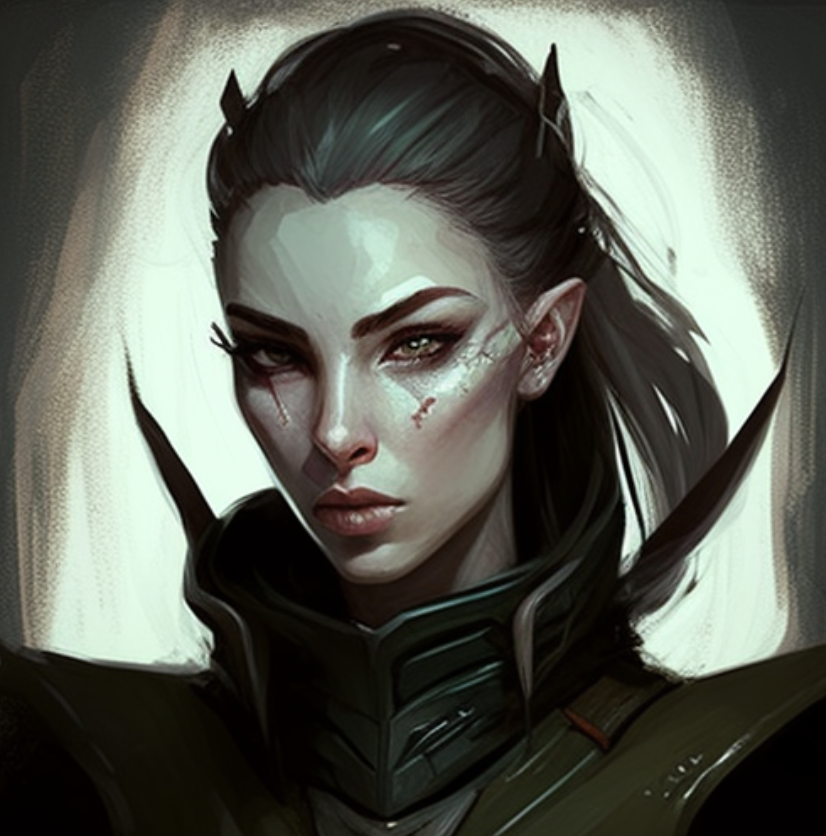 Class Description: Skilled hounds of Oxhe are feared across Altarmn and tales of their murderous adventures are told by thousand mouths. most wish never to cross path with them.

“
Storyline Intro
Your initiation has began. You have been sent on a 6 months journey to the North of Altarmn to recover an artefact that contains magical source and bring it back to the convent. Your instructions have led you... 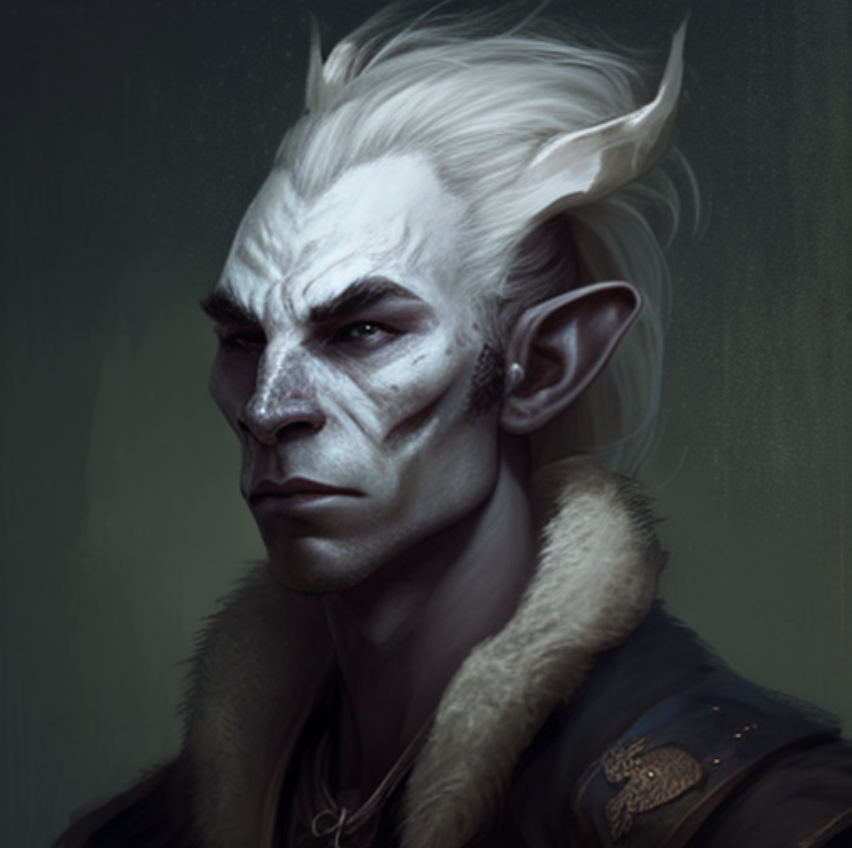 Class Description: Assianna hunters are famous across the Old World for their extraordinary senses and unmatched tracking skills.

“
Storyline Intro
Your services were requested by the Assiana City guilds, who, desperate to locate stolen, valuable scripts have offered you an opportunity to change your life forever. Your mission brought you... 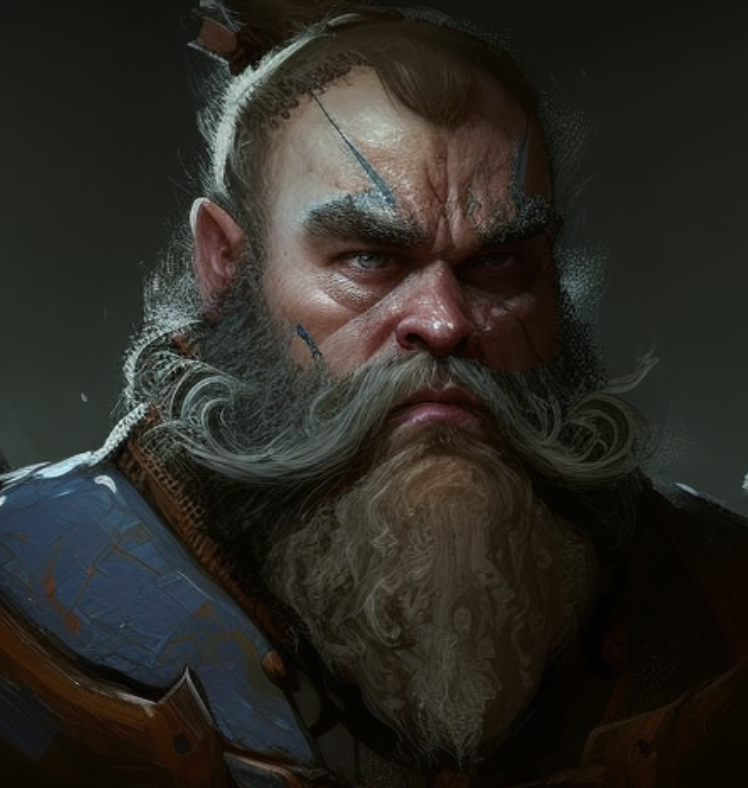 Class Description: Dwarven clergy is unlike that of human or elven kind in that they ride first to the call of battle.

“
Can Player choose any class at the start of the game?
No, depending on your luck you may be presented with 3 characters of single class: e.g. If the game engine decides you starting character pool, you may get three warriors from a northern village of Huhr. Each character will have their unique randomly generated name, gender and class automatically assigned by the generator. Some events in the game may change your character class. Some events in the game may allow you to even change your name. If you're not happy with your selection, you'll have to get a character killed before next one appears in your character selection screen.

Character class will also significantly affect the game play. Each class has its own unique skills which may result in additional dialog and interaction options in the game.